The car that started it all… this 1953 Jaguar XK120 FHC was discovered rotting away in a local orchard by historic racer Rob Newall.

As a part-time project it was restored, by Tim, over 12 years before taking to the race track once again, winning the JEC XK Championship in 2000.

When found, the XK, had the look of a modsports racer with rear bubble arches, 'Carlos Fandango' reverse rim wheels and trible webbers.

Stripped to a bare chassis the body was then shipped off to a specialist body shop for repair and then sent to Elliot Dale at South Western Coachworks for finishing in the gorgeous 'Ecosse Flag Blue'.

The interior was taken care of by original Jaguar trimmer Mick Torley and aside from the race bucket seat, is as original – complete with headlining and the beautifully finished burr walnut woodwork.

As the car had a sporting heritage (it was campaigned in the National Hill Climb Championship in the 70's), it was always Rob's intention to return it to the track.

So a 'reasonably modified' build sheet was drawn up. The specification has remained largely the same as when put together and includes:
• XK150 spec rear axle with L.S.D. and disc brakes
• Rear telescopic shock absorber conversion
• Modified 4 synchro gearbox with overdrive
• Rack and pinion steering
• XK140 type radiator

However, the highlight of this package is a beautifully modified and assembled 3.8 litre engine, built by XK engine specialist Pete Lander of Sigma Engineering. Pete and Rob have been working together since Rob's days of MK2 saloon racing. Over the past few years Pete has completed a number of engine developments which has created an extra 100bhp – pushing the power output to somewhere upwards of 350bhp. The engine still runs on triple SU carburettors too!

As with most race car projects the XK development programme continues and currently she is having a cooling system upgrade and a cosmetic makeover, to prepare for the 2008 season.
‍ 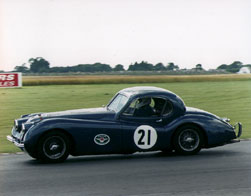 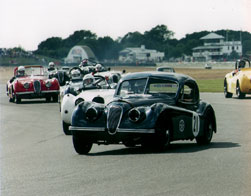 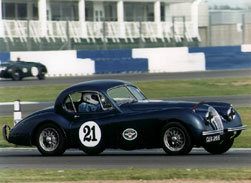 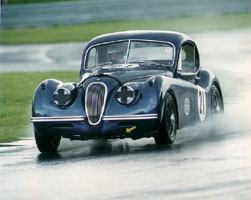 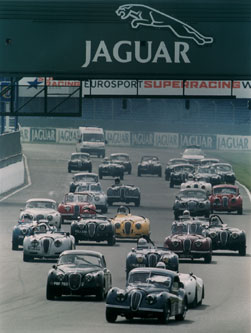 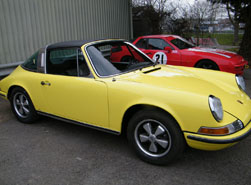 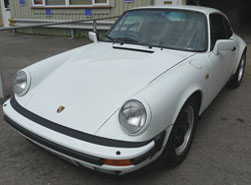 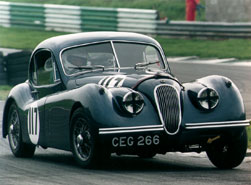